פרופסור
972-4-8293747+
choffman@technion.ac.il
466
Physico-chemical properties of surfaces.  Nucleation, growth and properties of  diamond films and their surfaces.

Since joining the Technion I have established a research effort in the areas of surface science and thin films. My research activities can be dived into two main groups: (A) Basic research supported by science foundation agencies and (B) applied research supported by industry.
The basic research carried out in my laboratory can be divided into the following subjects: chemical and physical properties of diamond surfaces; interaction of low energy ions, electrons and photons with diamond, electron emission from diamond surfaces; nucleation and growth of diamond film; and nano-crystalline diamond films. The applied research is associated with the development of diamond film deposition processes onto steel and WC-Co substrates. We have published more than ~300 research papers in referred scientific journals with a total of ~3000 citations. Below I described in general terms our main research activities and achievements.
At the Chemistry Department I have established two unique laboratories which are: (1) a laboratory for deposition of diamond films; and (3) a surface science laboratory with two unique ultra high vacuum systems equipped with state of the art surface analytical methods.

Chemical and physical properties of diamond surfaces
We have studied the adsorption properties of differently oriented single crystal diamond and polycrystalline diamond surfaces and the relation between surface chemical composition, reconstruction and electronic structure. We investigated the interaction of hydrogen, oxygen and water molecules with diamond surfaces. In these studies we investigated the interaction of both thermally activated and non-activated gas phase molecules with these surfaces. The bonding configuration and the kinetics of adsorption and desorption of these molecules have been assessed and mechanistic models have been suggested. These studies have been carried out in our laboratory at the Technion using advanced surface science methods (HREELS, XPS, AES, UPS, LEED, TPD etc) and abroad, using synchrotron radiation facilities (NEXAFS).

The stability of diamond surfaces under low energy ion irradiation has been studied. I have studied the transformation of the diamond crystalline structure into amorphous carbon induced by low energy ion irradiation and its effects on the electronic properties of the irradiated surfaces. We determined, for example, the minimum ion dose to induced displacements of carbon atoms by low energy (1keV) inner ion (Ar+) irradiation which eventually leads to collapse of the diamond crystalline structure and amorphization. These studies have been carried out in-situ by measuring the state of the diamond surfaces by XPS, C(KLL) line shape analysis, EELS and secondary electron emission as function of ion irradiation conditions.
As an attempt to form the elusive solid carbon nitride phase we investigated the interaction of low energy nitrogen ions with diamond and graphite surfaces under ultra high vacuum conditions. Based on high resolution in-situ XPS studies we determined the formation of various basic C-N chemical states produced between the slowing down nitrogen ions and the carbon atoms. The papers we published on the subject pioneered the work of ion beam synthesis of carbon-nitride.
Photon stimulated desorption of H+ and H- from hydrogenated diamond surfaces, both single crystalline and polycrystalline have been investigated using synchrotron radiation. Here we assessed and determined the fundamental physico-chemical processes leading to C-H(ads) bond scission induced by core level ionization. From these studies it has been established that the so called “ion NEXAFS” can be applied as a novel and powerful spectroscopic tool to investigate the upper atomic layers of carbon surfaces and their hydrogen content and bonding state. We found that “ion NEXAFS” is particularly useful for the characterization of nano-crystalline carbon films.

The interaction of low and high energy electrons with hydrogenated diamond surfaces was investigated and different electron stimulated desorption processes leading to H+ and H- desorption have been found and discussed. In particular we studied H- ESD processes using incident electron energies below the dipolar dissociation threshold (electron energies in the 0-15 eV). We could determine that resonance electron attachment is a very effective process which results in dissociation and H- desorption. In these studies the mechanism and dynamics of dissociative electron attachment (DEA) were investigated and published. It should be stressed that this work was the first study addressing negative ion desorption through DEA from a chemisorbed system.
The electron emission induced by incident electrons, ions, photons by high electric fields and temperature of hydrogenated and oxidized diamond surfaces, both single crystal and polycrystalline was investigated. The effect of surface composition and bonding, near surface crystalline perfection and electronic structure on the emission properties of diamond were investigated. Models to explain the electron emission properties were suggested.

Nucleation and growth of diamond film.

Diamond Nucleation
Nucleation of diamond is a critical issue to many different avenues of the field (heteroepitaxy, single-crystalline, nano-crystalline, etc). It is considered to be the most studied and least understood element of the field. We investigated diamond nucleation induced by ultrasonic abrasion and by bombardment from energetic species.
We determined that diamond formation enhanced by ultrasonic abrasion with diamond powders occurs predominantly on pre-existing diamond particles introduced by one way or another and that nucleation of the diamond phase during the CVD process itself is a very unlikely process. We developed a synergetic ultrasonic abrasion processes via which the diamond particle densities (DPD) are enhanced in excess of 1012 cm2. Such DPD values enables one to deposit high quality diamond films of very low roughness (nm range) and free standing membranes of most interesting electronic properties.
We investigated the process of diamond nucleation by bombardment from energetic species. We found and experimentally developed a process to promote the nucleation of diamond from energetic species by the “direct- current glow discharge” DC-GD method. In order to understand the mechanism of diamond nucleation from energetic species we had to analyze the deposited carbon material with nanometer resolution. This turned to be a most difficult problem on which I worked for several years with my students using the most advanced microscopic and spectroscopic methods in Israel and abroad. From our studies we could establish the microstructure, chemical composition, surface properties, etc, of the carbon films into which the diamond nano particles were formed. We could determine the influence of DC-GD deposition conditions on the size of the nano-diamond particles, hydrogen content and bonding, etc. Based on our experimental work and in collaboration with Prof. Lifshitz we offered a model to explain the mechanism of diamond nucleation from energetic species. The culmination of our work was published in the prestigious journal Science in 2002.

Diamond growth.
In the area of polycrystalline CVD diamond films we were involved in studying deposition of diamond onto carbon reach steels and WC-Co substrates. This is a particularly difficult system for several reasons: in and out diffusion of carbon and iron (and Co) during the CVD processes, different thermal expansion coefficients resulting in film delamination during cooling down at the end of the deposition process, poor adhesion because of the formation of graphitic carbon at the film – substrate interface promoted by the catalytic activity of iron, etc, etc. We solved, to a large extent, these interfacial problems by using a complex Cr/Cr2N/CrN/CrNC interlayer which resulted in an outstanding stable adhesion of the diamond films to the steel substrate and in no adverse effects of the activated gas mixture on the underlying steel substrate. It should be mentioned that this is a very important technological processes as it enables improvement of the surface properties of steel. 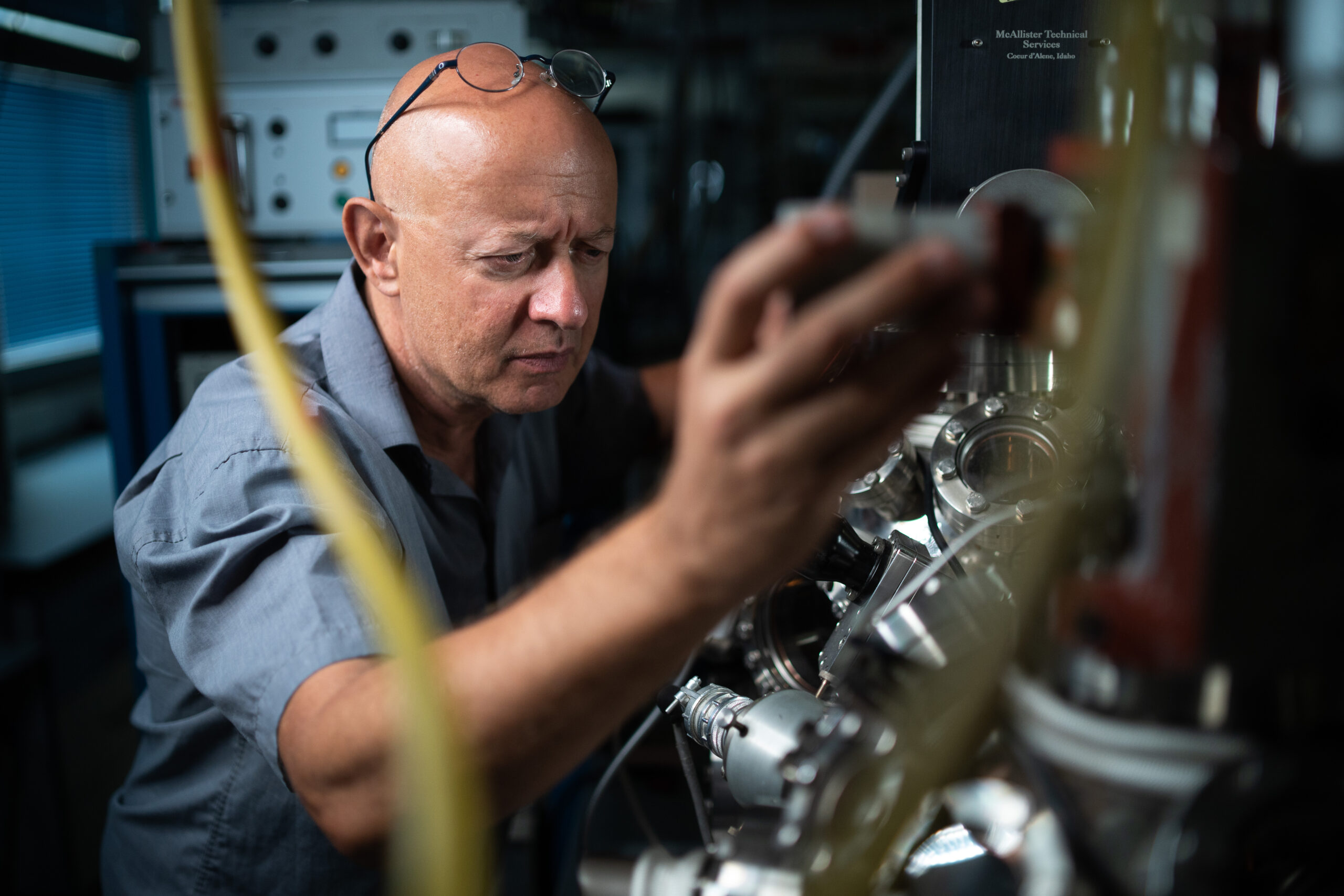 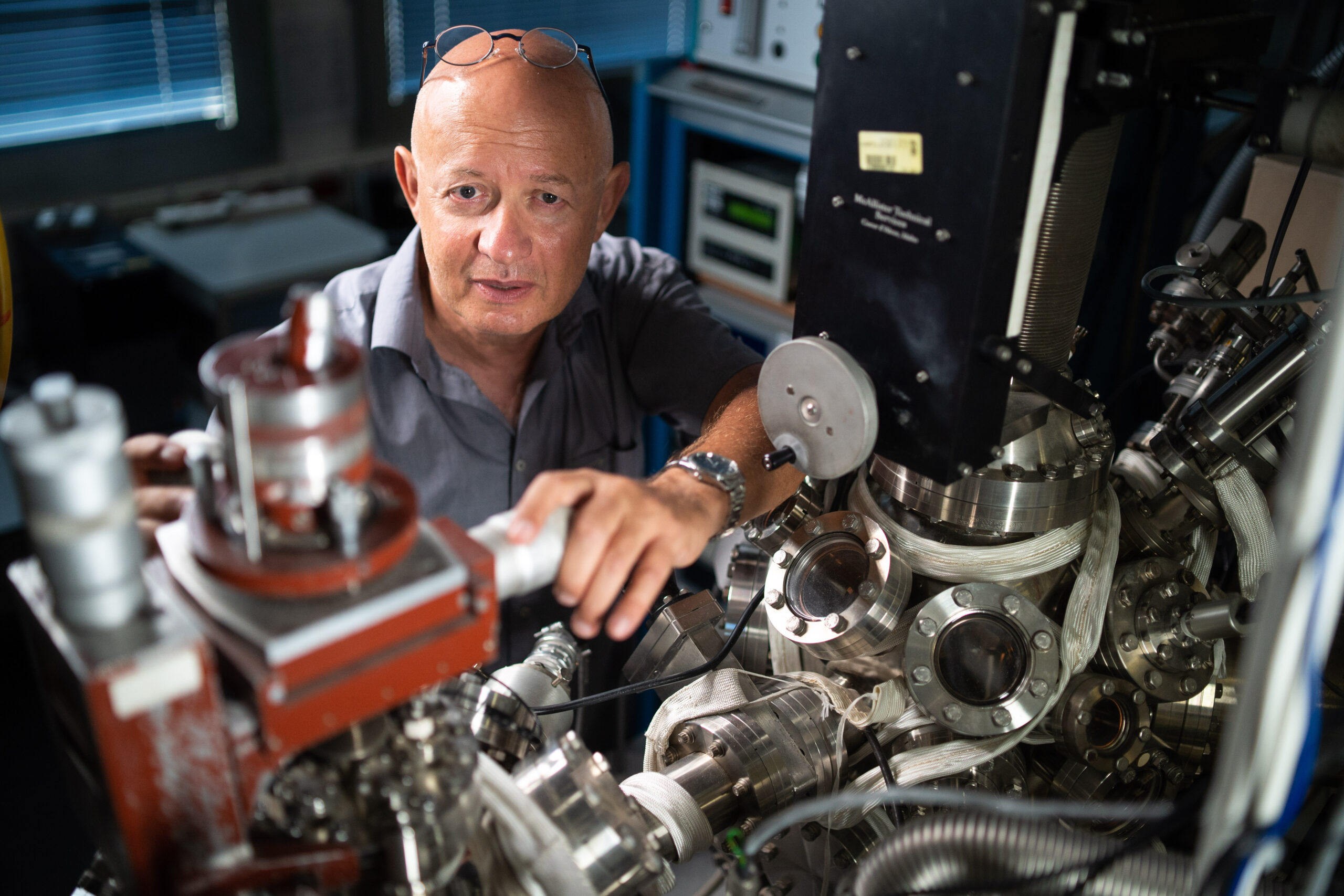 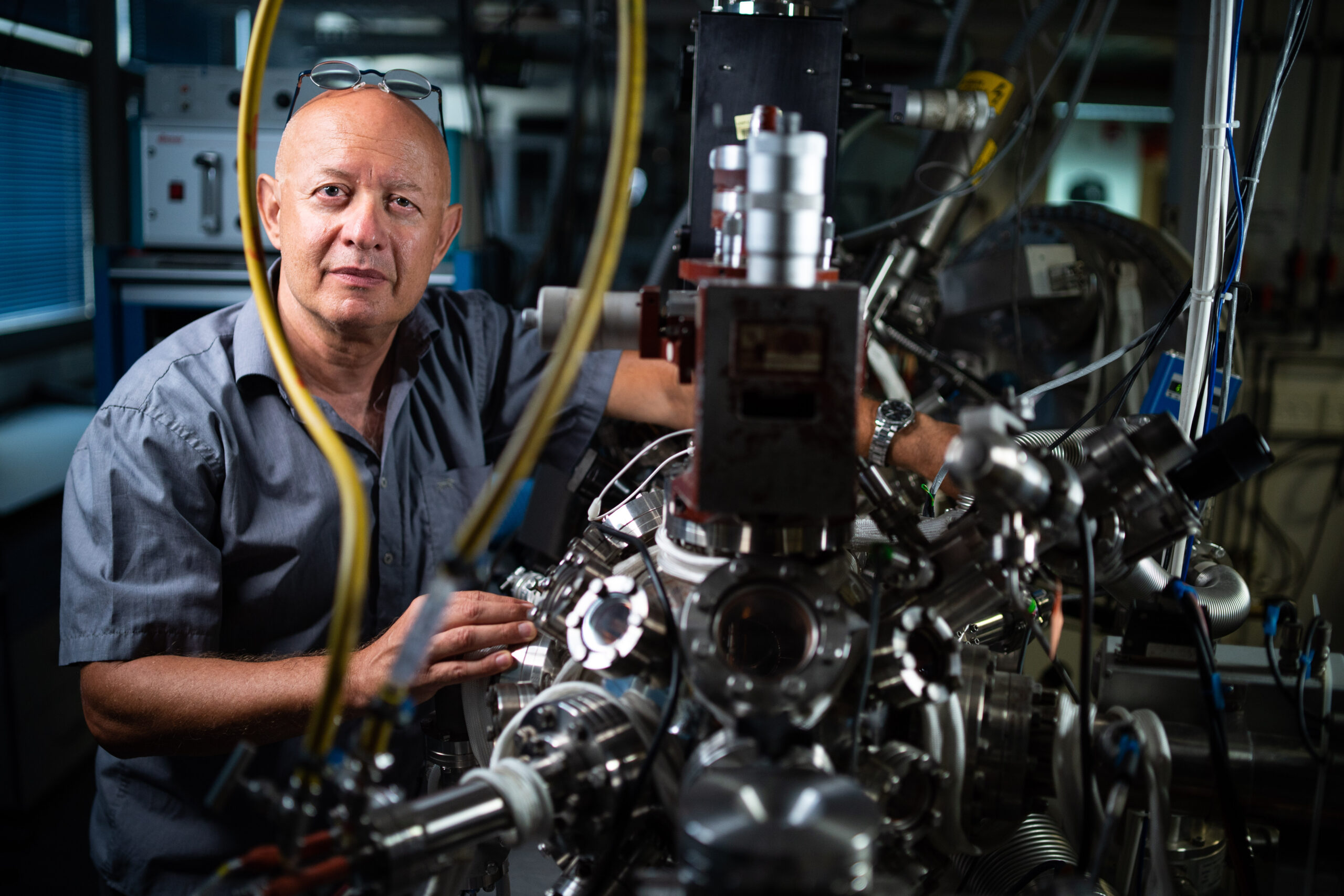 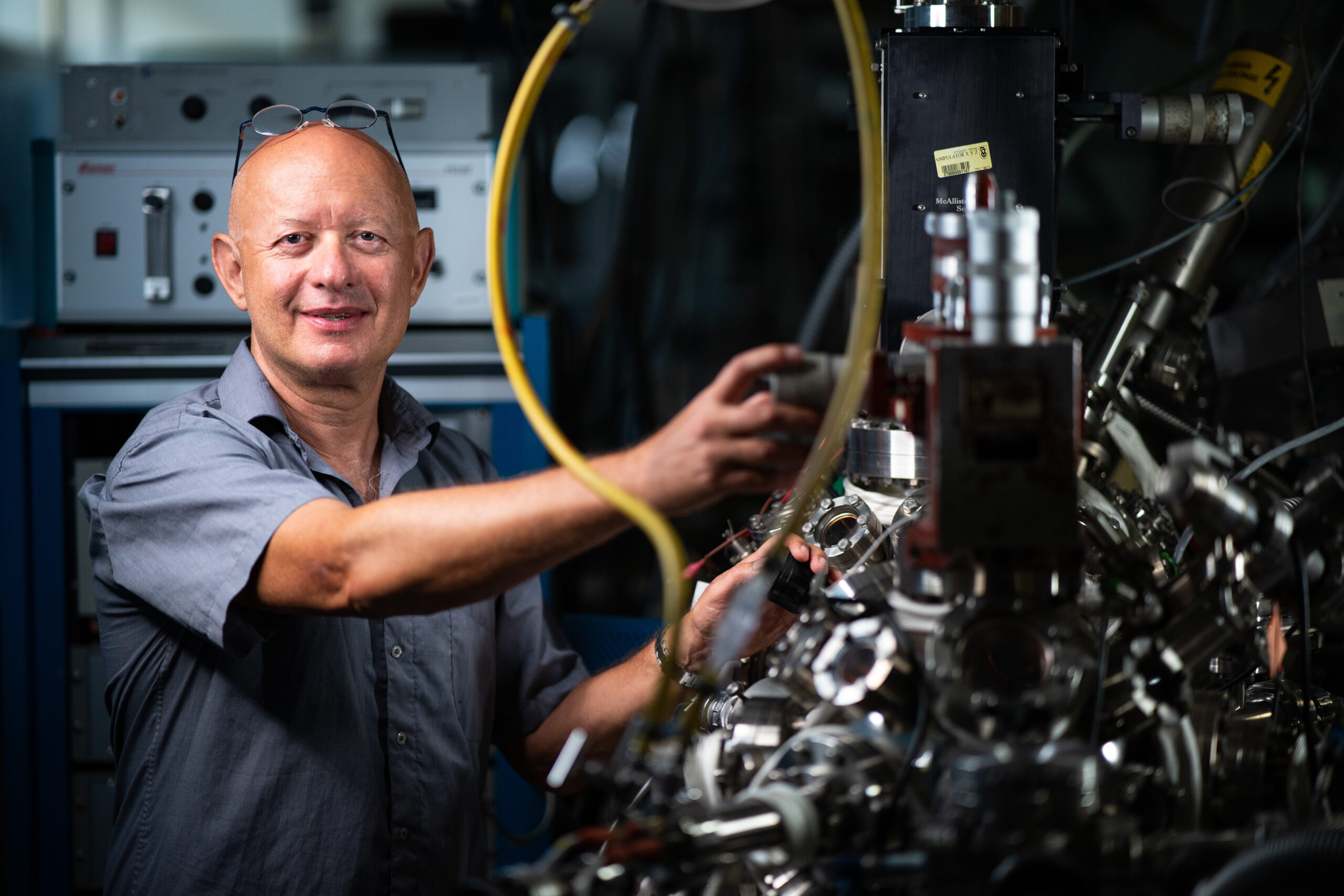 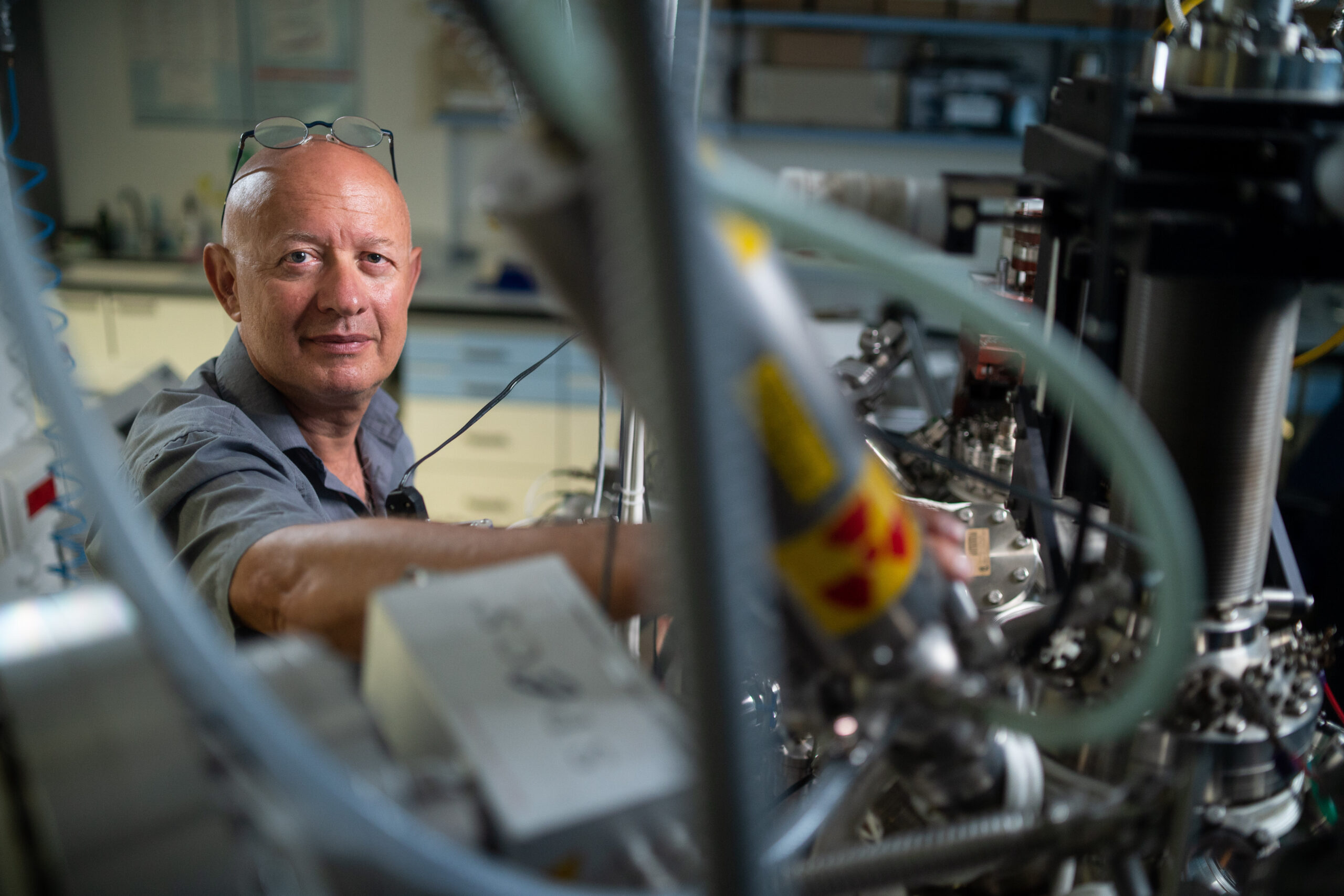 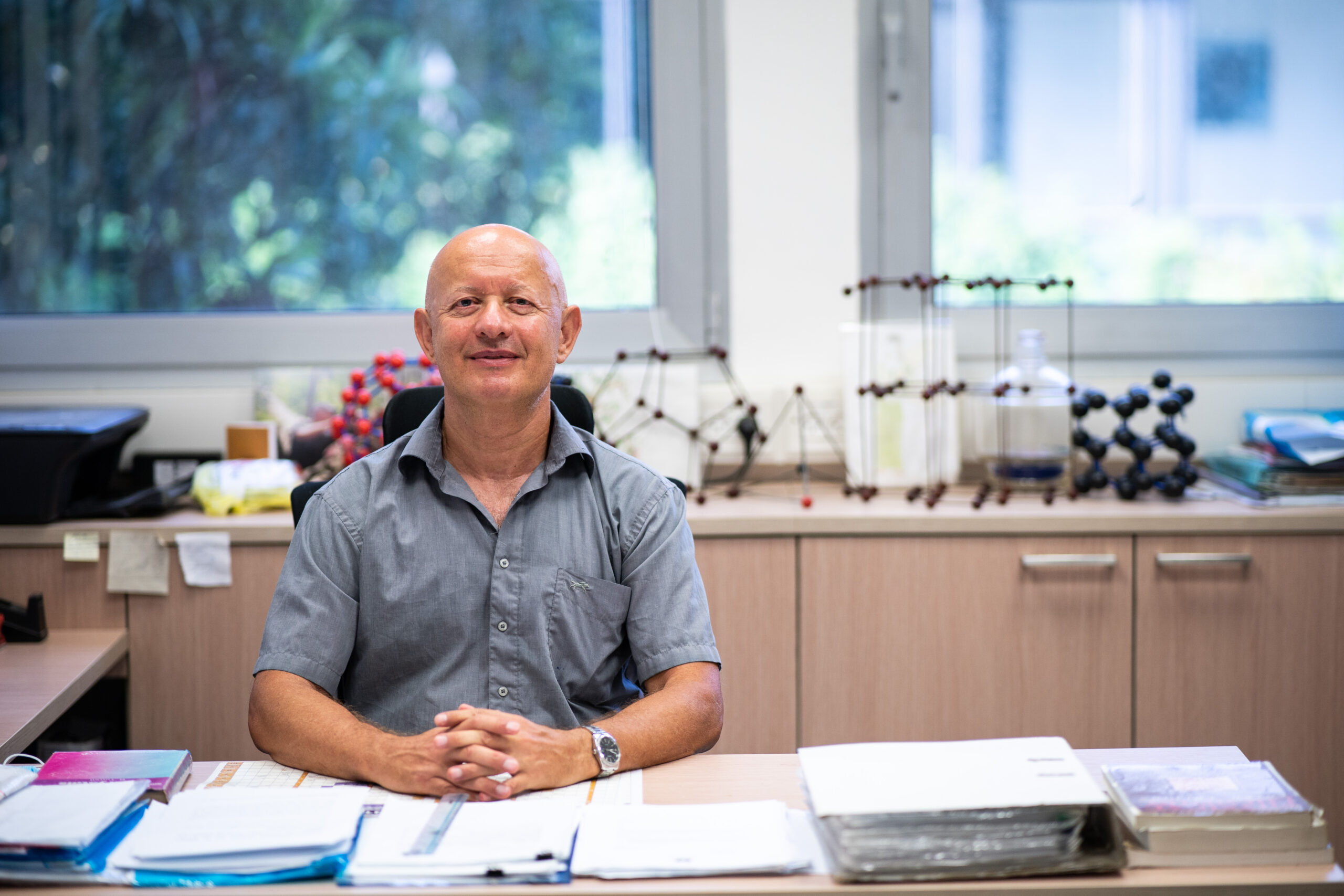 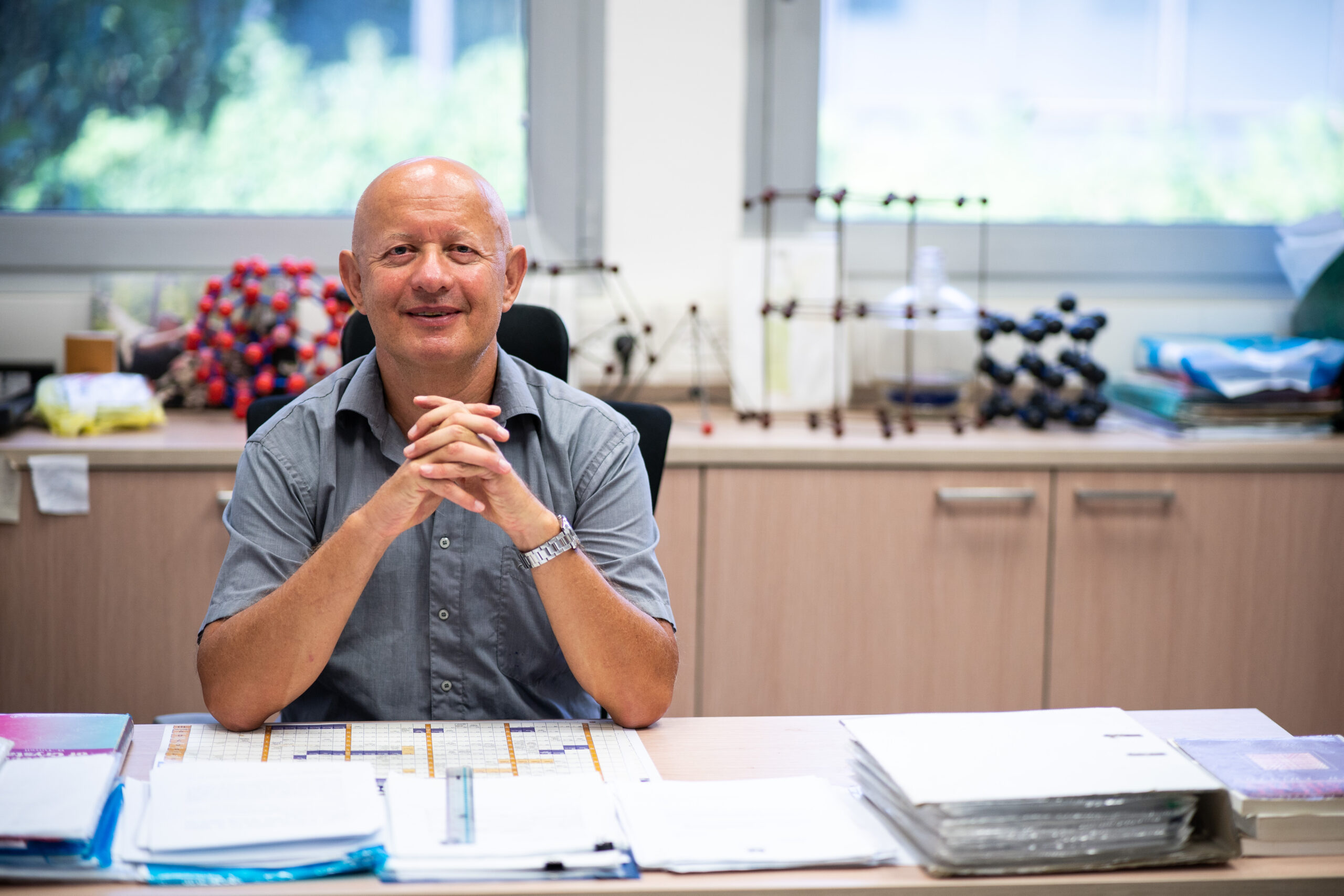 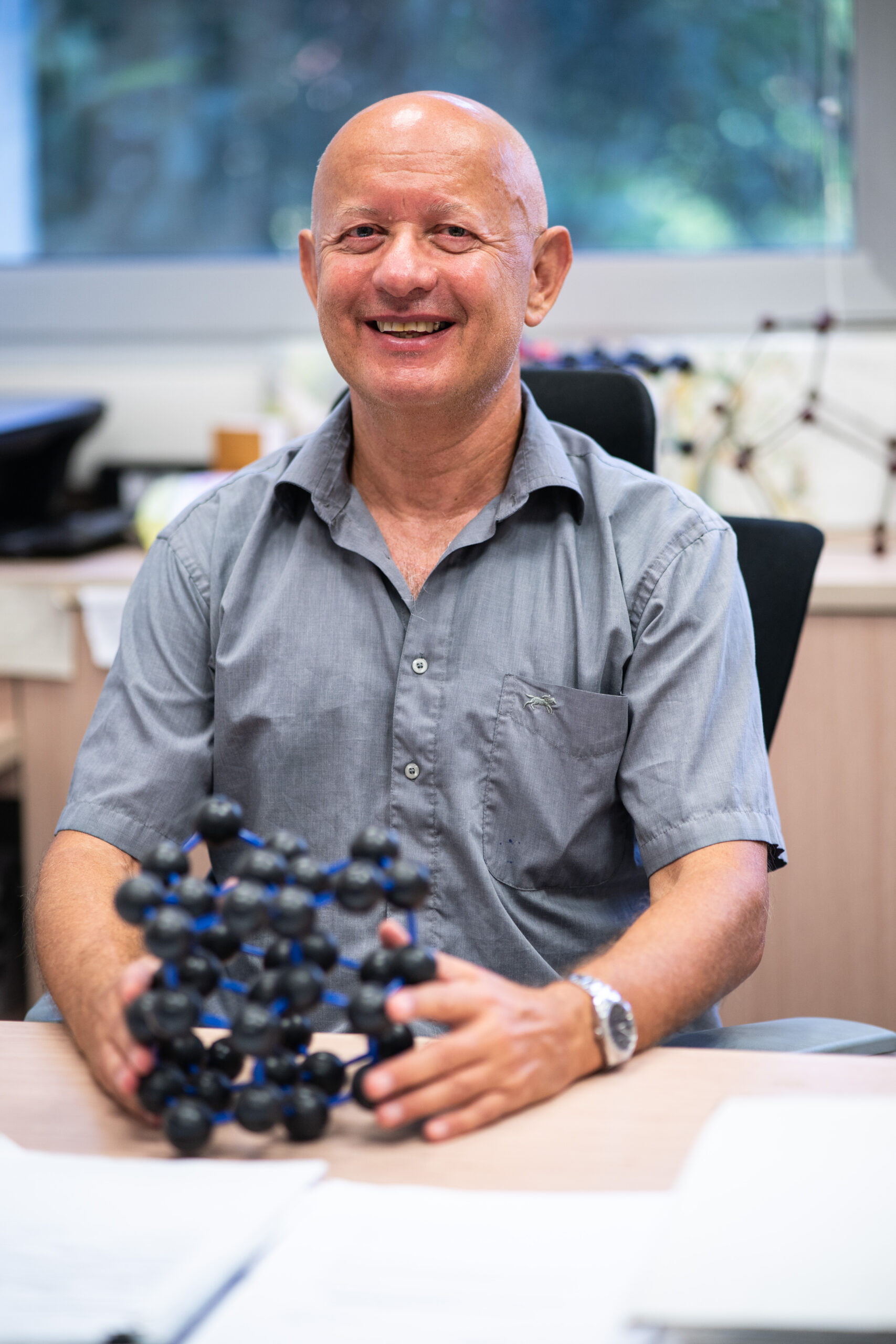 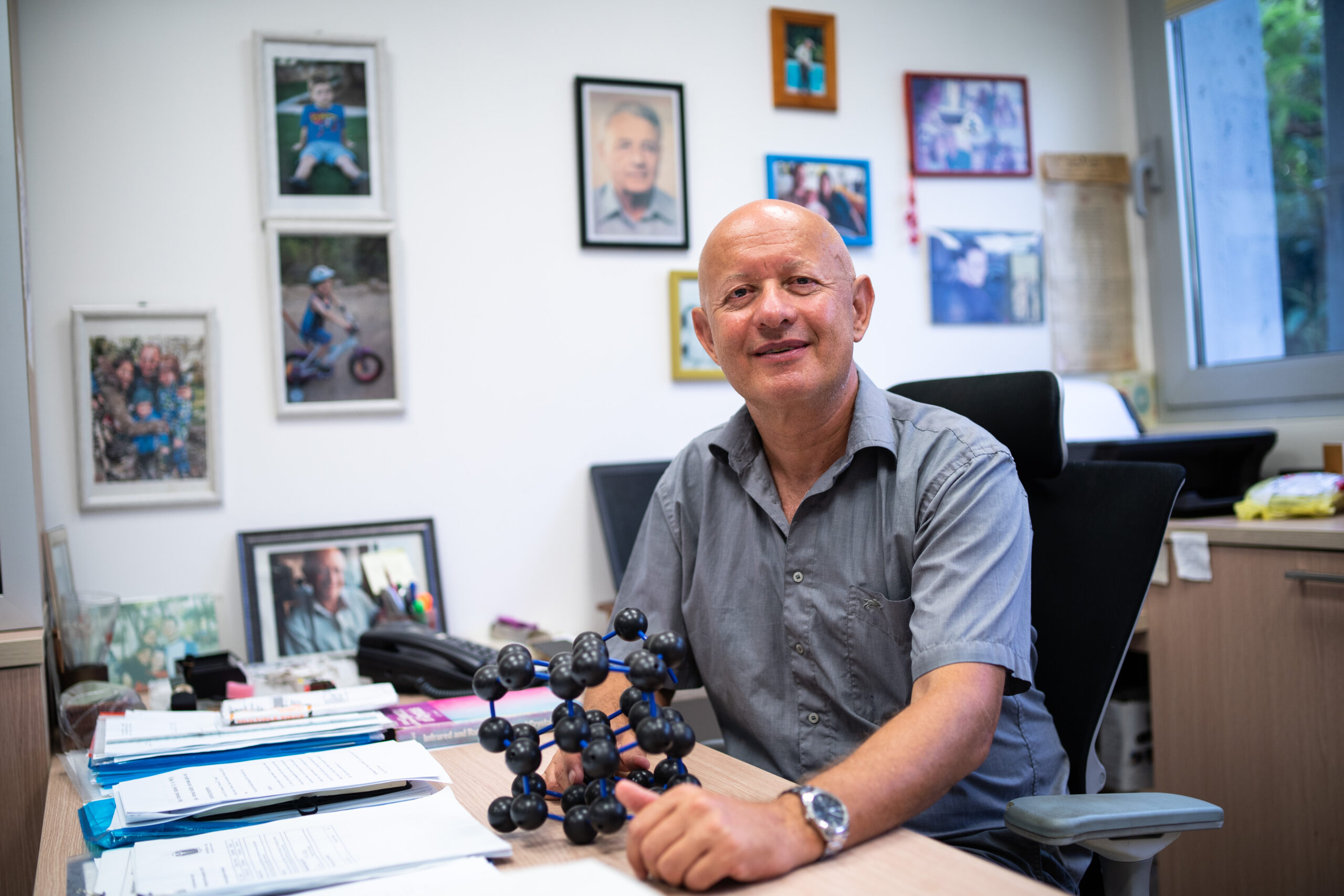